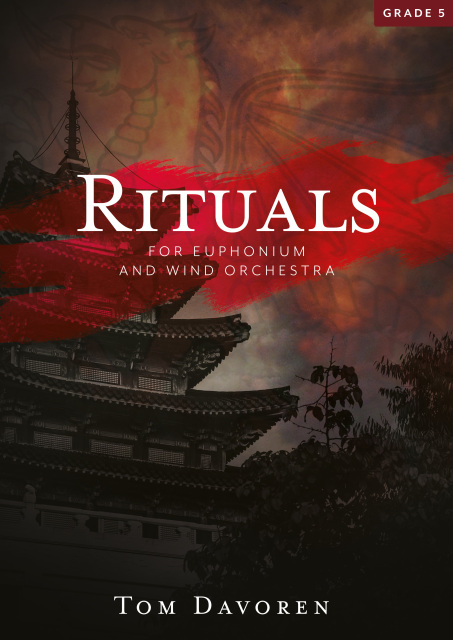 Rituals for Euphonium and Wind Orchestra was commissioned by the Jeju International Wind Orchestra Festival in 2018 for renowned euphonium soloist, Steven Mead. It was premiered at a televised gala concert with composer directing the Jeju Festival Wind Orchestra, in Jeju City in South Korea. The music itself is a collage of two distinct national cultures, those of South Korea and Wales. In two linked sections the work explores the Welsh hymn tune Llanfair and the traditional Jeju Island Folk Song through original music that is as lyrical, dramatic, powerful and energetic as the cultures from which the original folk material is drawn.