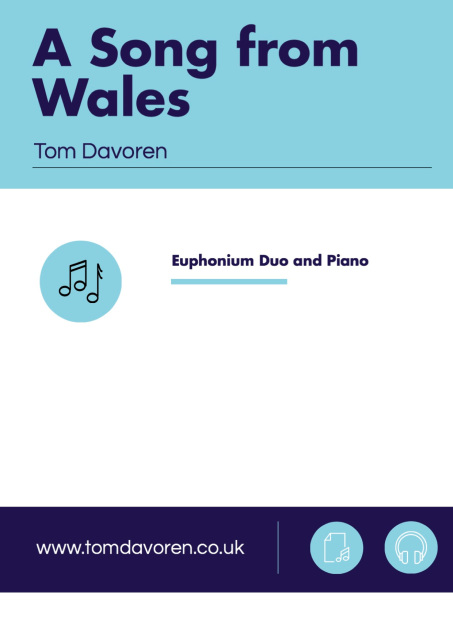 A Song from Wales - Euphonium Duo with Piano - 5mins - Grade 3

A Song from Wales was composed in 2017 for American euphonium friends Don Winston and Demondrae Thurman.

Don Winston is known well in the New York area as a euphonium player, patron of the arts and supporter of many musical activities. He regularly organises his own musical gathering in the New York / New Jersey Area, known as the 'Don Winston and Friends' recital series. A Song from Wales is a heartwarming slow melody based on material from the traditional Welsh Hymn, Rachie, composed by Caradog Roberts.