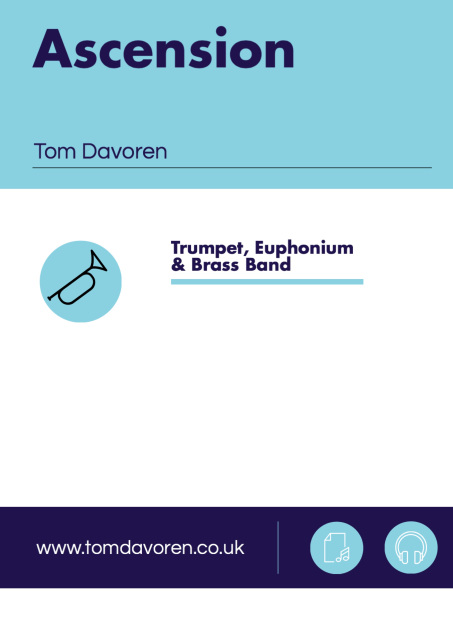 ​Ascension takes it’s name from the inspirational phenomenon that was Felix felix Baumgartner’s 2012 ’Red Bull Stratos Jump’; the first free fall sky dive made from inside the stratosphere. In an age where the stimulation of mass media is so prevalent, it is a rare thing for a single event to captivate the global consciousness. However, the sheer magnitude of human endeavour shown by the ‘Stratos’ project achieved just this.

The piece is structured in two continuous sections, representing both the ascending and descending stages of the jump through a gradually unfolding meditation and adrenaline fuelled scherzo. In line with this contrast, the progressive expansion of technical difficulty and intensity of solo lines tries to capture the physical experience felt by Baumgartner himself during the jump.

Ascension was jointly commissioned by the Central Band of the Royal Air Force (UK) and Brass Band of Battle Creek (USA) for performance by soloists Steven Mead and Ben Godfrey.