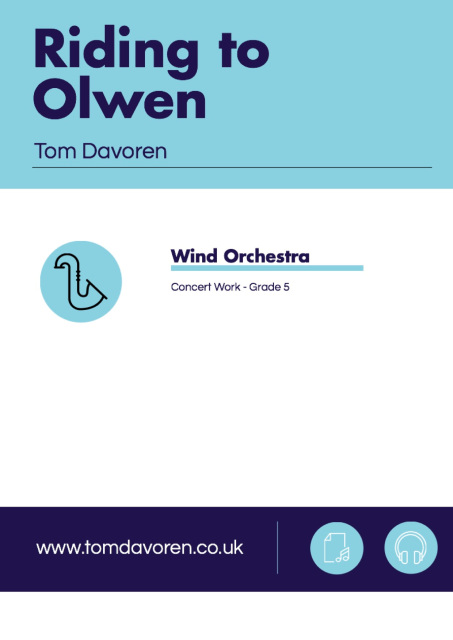 Riding to Olwen was composed in 2016 for the University of Nevada Las Vegas Wind Orchestra and their director Prof. Thomas Leslie.

The piece falls into a specific area of Tom Davoren’s output focusing on stories from ‘The Mabinogion’, a book of Welsh folklore and earliest recorded prose literature in the British Isles. Olwen is the beautiful daughter of the giant Ysbaddaden Pencawr. A spell of infatuation for Olwen is cast on Prince Cullwch son of Cilydd, who is then charged by the giant with completing a series of impossible tasks to win her hand. This music is Tom’s imagining of the riding of Cullwch and his knight’s on their first quest; rampant, adrenaline field and laced with anticipation.

The opening theme (Olwen’s theme) and subject matter is also the focus of Tom’s trumpet sonata, ‘Trails for Olwen.’