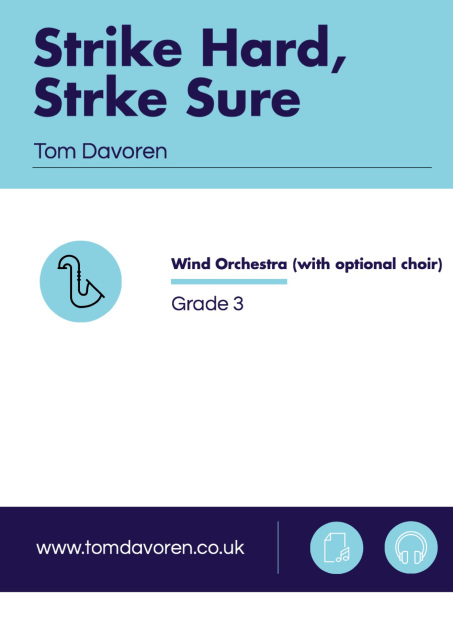 
Strike Hard, Strike Sure was commissioned in 2015 by The Band of the Royal Air Force College and the International Bomber Command Memorial Trust. It received it’s first performance at the dedication of the International Bomber Command Memorial Spire, by the band alongside the massed male voice choirs of the county of Lincolnshire, where it accompanied a fly past from Lancaster, Blenheim and Vulcan bomber aircraft.


The work takes it’s name from the motto etched on the Royal Air Force Bomber Command insignia, ‘Strike Hard Strike Sure’. The score and set of parts include optional parts for male voice choir, though it is designed principally for performance by a standard wind orchestra.